Drat – I missed a day (yesterday) in the Just Jot it January challenge.

Both yesterday’s word and today’s trigger in me an old urge.

At university back in the nineties, as a student of literature, I caught on in a sort of pedestrian way to the concept of deconstruction. This method of engaging with a text was largely to do with destabilizing dichotomies and such, which was pretty much beyond my grasp… to me it meant the license to be very playful with words and etymologies.

For example, ‘prediction’ might become (pre)diction and could be construed to pertain to the thought processes which transpire before one speaks.

And ‘address’ could become (ad)dress and refer to a feminine garment covered with advertisements. Here we have dresses supporting Eisenhower and Nixon! 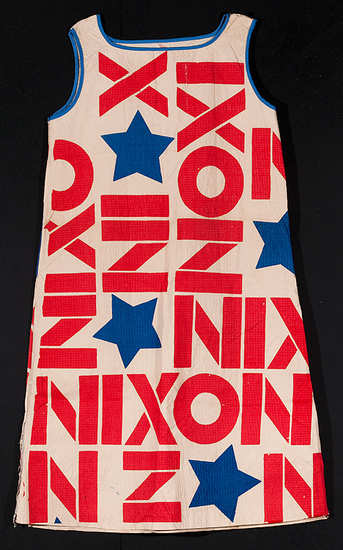 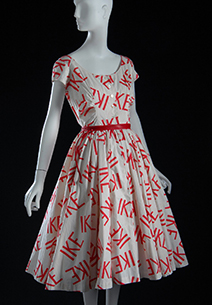 The combination of these ideas,

bring to my mind a woman

at a political rally, dressed in, say, a dress upon which the word TRUMP appears over and over again. And she has been singled out by the crowd and is being rushed to the front to give an impromptu political speech, and she’s thinking, “What do I say? What do I say?!”

Hehe. What would you say?