Long ago, there was a boy with an unusual ambition. The other boys in his village wanted to figure out how to make money, to find beautiful girls to marry, and to buy fine houses in which to raise many children. This boy, however, wished nothing more and nothing less than to develop the natural power of his body and mind. As a young man, he traveled far and wide to sit with many teachers of martial arts and meditation. Then he went up into the mountains to live and study and practice alone. Years passed, and no one saw or heard from him. His contemporaries realized their dreams of marrying and raising children, and still there was no sign of their childhood friend. Finally, when they were growing gray, a man was seen to descend the mountain into the village. People gathered in excitement to see the man, who wore dirty rags for clothing and had long, shaggy hair on his head and face. A very old woman approached the mountain man. Without a word, he allowed her to brush the hair from his brow and cheeks and to peer into his eyes and at his nose and ears. She then pronounced, “It is my son.”

The mountain man was bathed and clothed, and his hair was hacked and shaved away. After this treatment, he appeared as a very strong and handsome man, much more so than the other men his age in the village. His muscles, though large, were developed in a very strange way. They were strongest where others’ were weakest – under the arms and behind the legs. He would eat but little, and in the morning, was seen to stand for hours in a very odd pose. When asked, he said simply that the name of this standing position was ‘The Pain’. 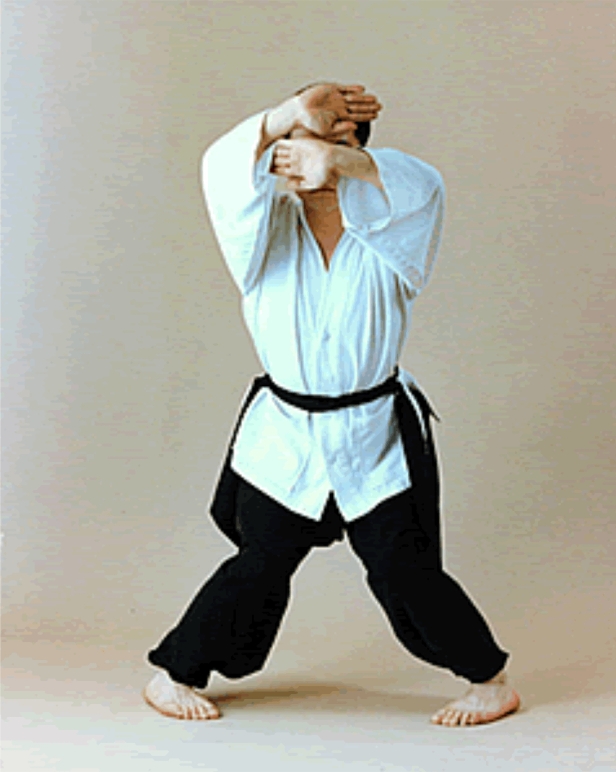 One morning soon after the mountain man arrived in the village, a gang of bandits came. The villagers had grown accustomed to being threatened by this gang, and they immediately brought forth their usual bribes of food, money, and possessions to surrender in order to be left alone. The mountain man, however, stepped in front of the villagers and assumed his usual pose.

The bandits fell back and commenced to debating among themselves about how to deal with this new development. They argued for an hour, and still the mountain man held his pose, his arms and legs bulging, sweat pouring down his body and soaking his clothes. Finally, the bandits decided not to try to fight him, and they went away.

3 thoughts on “the pain”